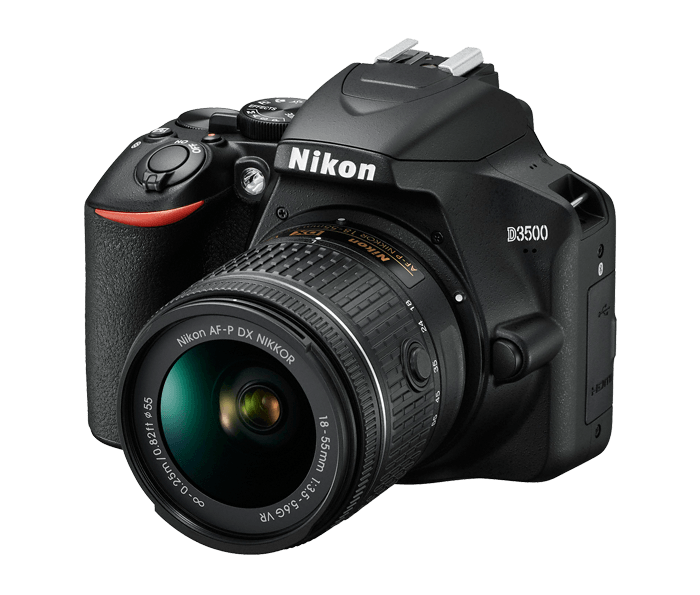 Nikon Corporation (Nikon) is pleased to announce the release of the Nikon D3500, an entry-level Nikon DX-format digital SLR camera.

The D3500 has an effective pixel count of 24.2 megapixels, and supports a standard sensitivity range of ISO 100-25600. When used with a NIKKOR lens, it makes the capture of a wide variety of scenes simpler and more enjoyable, with the superior image quality and beautiful blur characteristics (bokeh) expected of a digital SLR. The D3500 is constructed with the same slim and lightweight monocoque structure as the Nikon D5600, and a deep grip that offers an easy hold on the camera, which allows for more comfortable shooting. A new layout for operational controls, including an even larger playback button, and adjustment and concentration of the most important buttons at right on the back of the camera, enables operation that is smooth and intuitive, even for beginners.

In addition, a constant connection*1 between the D3500 and a smart device*2 is possible using the SnapBridge app and Bluetooth® technology. JPEG thumbnails (2 megapixels) of images captured with the camera can be automatically transferred*3 to the smart device, and the latest version of the app, SnapBridge Ver. 2.5, can be used to control remote capture of still images from the smart device, over a Bluetooth® connection, enabling use in a wider variety of situations.

The D3500 is an easy-to-use, entry-level model that not only makes it possible for users to readily capture the impressive photos expected of a digital SLR camera, but also makes it easy to share your favorite photos via SNS using a smart device.