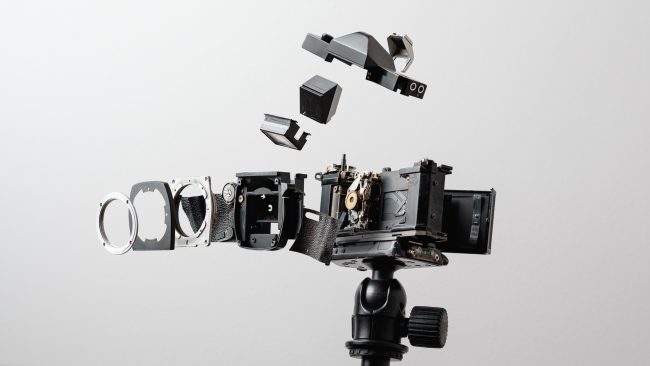 I’ve just complete preparations for my latest Camera Buyer’s Guide video, available for free through CreativeLive, and change is afoot. For the third time in my photographic life, I’m seeing the tipping point where a new type of camera overtakes the market.

The first change I saw with my own eyes was in autofocus, first introduced around 1985 it wasn’t until about 1990 that it became mainstream. There was both a lot of excitement and snickering during this change. The second revolution was the transition from film to digital. The early roots of digital go back to the 1970’s. Mainstream digital cameras with interchangeable lenses launched with the Canon EOS D30 in May of 2000. It was a mere four years later that the majority of my colleagues were shooting digital.

We are now at the mirrorless tipping point. In my Camera Buyers Guide I do a complete rundown of everything you should know about when purchasing an interchangeable lens camera. I, of course, go through the differences between DSLRs and mirrorless cameras very closely. To illustrate the change over I wanted to show a comparison of Mirrorless vs DSLR cameras available from all the major brands available today. The slide is a revolution of Mirrorless, nearly double the number of DSLRs available. 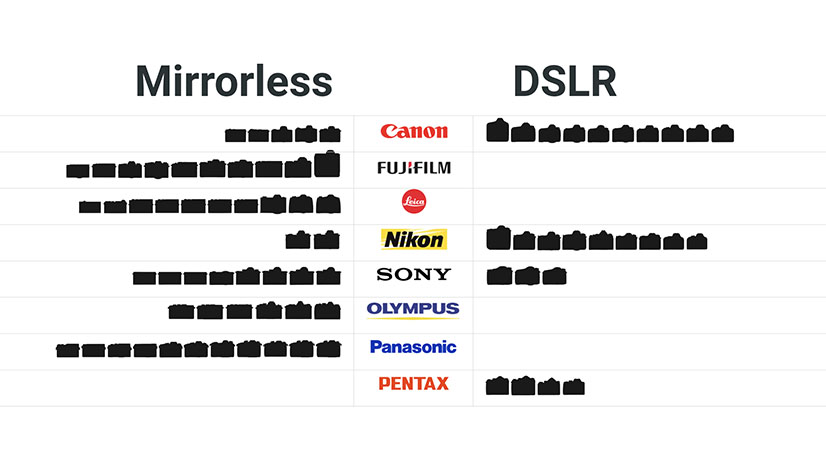 A Shift in Demand

Available models don’t indicate current usage, but it does show market direction. Anecdotal evidence from my in-person classes and tours suggest that about 25% of users have left DSLRs behind. With Nikon and Canon’s new full-frame mirrorless introductions, it’s game on for everyone.

This sea change is important. Just as it was for autofocus and digital because it forced users into a new set of lenses. Yes, I know, there are adaptors and you can use your older lenses, but there are always limitations. If you want the full experience you have to go all in, new camera and new lenses.